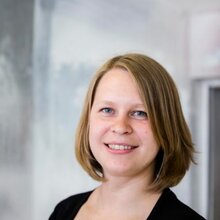 Natalia Drobot (°1984) is a visual artist and PhD researcher in the arts originating from Belarus (Wit-Russia). She was born in Minsk, in the former Belarusian Soviet Socialistic Republic. Living during the Perestroika, the time of changing and new dreams, she stopped her study at the University in Minsk and did a sabbatical to travel through Europe. After 5 years being an au-pair in Germany, the Netherlands and Belgium, she started her study in the arts at the Provincial University College of Limburg, Hasselt, Belgium in 2008, and graduated as a Bachelor and Master of Fine Art. In 2013 she started her PhD research in the arts, driven by her fascination for the Soviet topic in Contemporary Art – Ostalgia, creating a body of work concerning this matter.

"Nostalgic love can only survive in a long distance relationship " S. Boym

Much attention has been given to the consequences of the collapse of the Soviet Union. One expression of this is the phenomenon of "Ostalgia", a form of post-communist nostalgia. Originally the term Ostalgia has been limited to feelings of Ossies, former German Democratic Republic citizens. Today, this phenomenon is, also recognized by former Soviet citizens.

Ostalgia is studied in philosophical, sociological and psychological research. In the arts, Ostalgia is approached by  using Soviet symbolism, which is rooted in imagery: consumer products, utensils, objects, photographs, uniforms. In short, everything that people keep from the "good old days", evoking memories, everything that has sentimental value.

Within this artistic research, Ostalgia is the starting point. Based on existing memories of witnesses, literature and visual material about the Soviet era, the character of Ostalgia is examined, and the boundaries of the phenomenon with Contemporary Art are explored.